The canvas is stretched over complicated wooden structures, together with string and specially made pieces of perspex. They are constructed in a similar way as when making model airplanes.

The inspiration of some of this work is scientific photographs of flow phenomena: vortices, waves, supersonic flow, turbulence. Others deal with the idea of break-up. The physical distance between the panels is often illuminated, as if the splitting-up releases a light that effects the walls and the panels themselves.

They are mostly monochrome, but the paint is not flat. It creates illusions of depth, space and light.

The aim is to make them appear like objects, large 3-dimensional paintings. 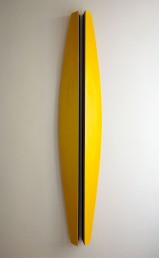 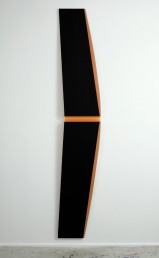 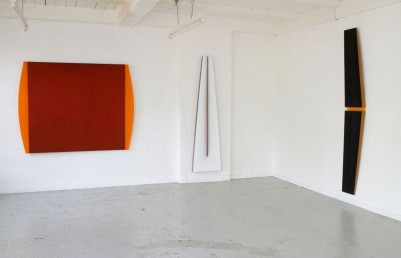 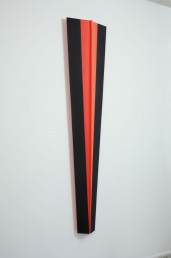 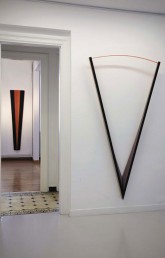 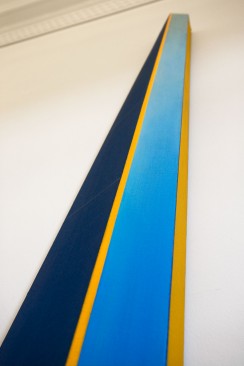 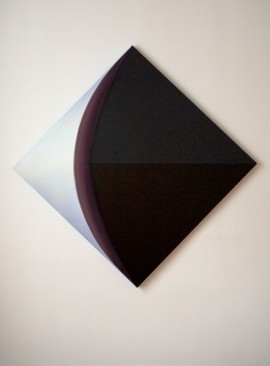 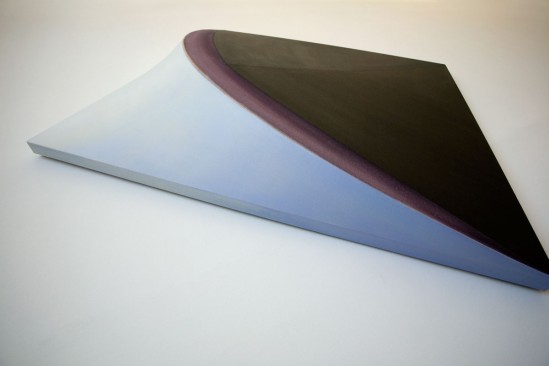 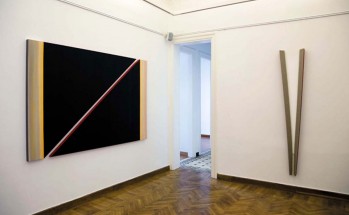 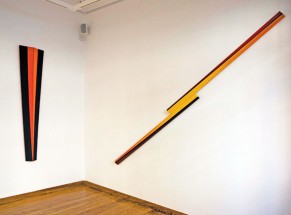 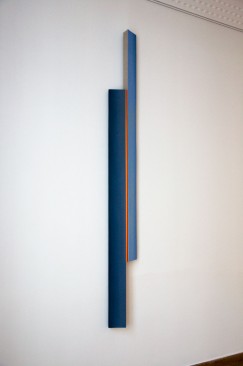 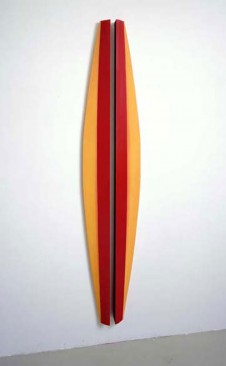 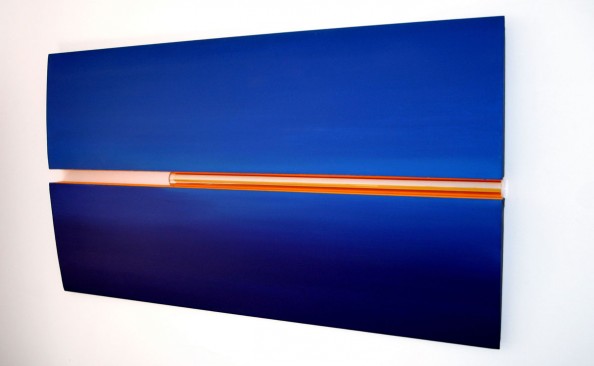